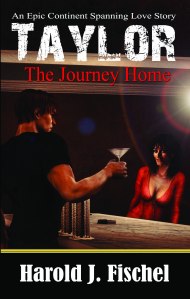 Taylor Marx has it all – he’s a popular high school quarterback, a huge hit with the ladies, and he’s
part of a family that literally has most of the town they live in working for them. But to whom much is given much can be taken away, and before Taylor is through, he’ll go on a globe spanning journey to reunite with Maria, the only girl he’s ever truly loved.

After his Dad ends up on the wrong end of some serious legal charges, he commits suicide, leaving Taylor and his Mom, Sue-Ann, no choice but to move to Florida to move in with his grandparents, Timothy and Clair.

When his spiteful grandfather has Maria’s parents deported back to Argentina, it sets in motion a chain of events no one could have ever predicted. Taylor ends up on the run, bouncing from job to job, until being in the wrong place at the wrong time sees him wrongly convicted for a crime he didn’t commit.

This globe spanning romance travels three different continents as fate seemingly conspires to keep Taylor and Maria apart. Will Taylor ever see the outside of a cell ever again? If so, will Maria still be waiting for him?

Taylor is an epic love story whose continent spanning scope can only be matched by the fervor of its two leads.