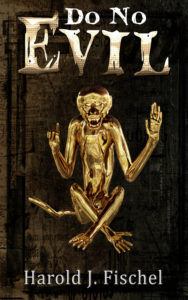 Jason Housten is a young man being raised by his mother, Kitty, after his parents’ divorce. He’s brilliant, just like his millionaire dad. He’s also leaving a trail of broken-hearted women in his wake as he concentrates on one thing only: his career. Just like his dad.

Catherine is Jason’s high school sweetheart. They’ve been inseparable for years since her step-dad tried to abuse her and she ran to Jason and his mom for protection. She pretends to support Jason’s decision to attend a different college, all the while dying inside.

Ibby is the daughter of Jason’s neighbor’s in their luxury New York City apartment building. She’s been brainwashed by a terrorist organization and hijacks the plane Jason happens to be on. He rescues her, along with other women being used as sex slaves, but poor, confused Ibby now thinks she’s in love with Jason, who is much older than she.

Kristy is the woman Jason sees casually in New York. When he comes home after the hijacking, he’s amazed that this so-called arm candy has smarts and a winning personality he never noticed before. When she admits she loves him, he knows the time has come for him to make a decision . . .